PBX phone is the best telecommunication technology for small businesses, a multi-platform and easily scalable that will help you to grow your small business, a switching and routing system that can process easily over either a traditional phone line or internet.

What is the PBX Phone System?

A business-grade phone system PBX, an acronym of Private Branch Exchange, is a private telephone network used by an organization or a company. This phone system can be used within the company (internally) and with the outside world (externally) through different communication channels such as Voice over IP, ISDN, or analog.

PBX phone system is the best office phone system for small businesses. It enables you to have more phones than physical phone lines and permits free calls between users. It offers key voice features that include:

All the above-mentioned features are necessary to run the daily operations of a company.

The phone system plays a vital role in the development of a successful business. Here are different types of PBX phone system depends on which type of phone system your company needs.

Components of the PBX phone system

Here is the list of components of the PBX phone system that are used in different types of PBX;

How does PBX Phone System work?

The tools used in this system depend on the complexity of a system. For instance, whether traditional PBX then copper telephone landlines is attached with it, whether PBX then conforms to a mix of analog and digital lines, whether voices over IP hosted at the business or whether it’s a cloud-based phone system. Each is explained below; 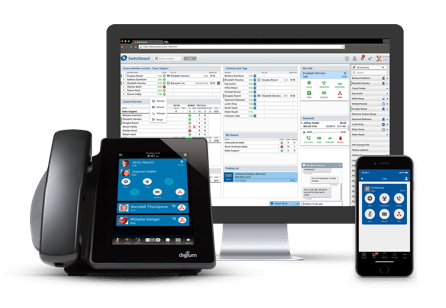 Landline copper-based telephony connected to a PBX box is used by Traditional PBX phone systems. This PBX box consists of telephony switches that allow calls to be deals with different phones in an office and these phones are further connected with a limited number of outside lines.

An IP PBX phone system uses digital phone signals instead of analog landlines to make calls. In this phone system, users can make use of Ethernet cables to connect phones. An IP PBX system can also be given by management service providers.

The Hybrid PBX phone system uses both digital PBX and VoIP technology. It housed on-site and connect to remote offices or more employees to the phone system.

A cloud-based PBX phone system is a hosted phone system, provides PBX features, applications, and calling services in the cloud.

A big benefit of this system is that it allows you to select a line for the call instead of requiring each phone to have its own dedicated line. This system enables you for easier scalability and potential cost savings; you only need enough lines to handle multiple numbers of calls at one time.

Usually, in most businesses number of lines is less than the number of phones needed but in this system adding a new phone is as easy as connecting a unit to the PBX system.

Moreover, these systems have the ability to use only one main number for their business, with certain phones being identified by extensions instead of having their unique phone numbers. This thing can greatly make the process of calling it easier for the customers; they just need to remember or save a single phone number.

When you start your business on a small scale there is a need for small business phone service providers. At that moment OPTIMIZED VoIP providers provide you the best PBX phone system for small businesses. We supply smart technology to deliver multiple calls at the same time. We can help you to improve your company’s customer service and make working practices more flexible.